Nothing is more exciting than witnessing words on a page transform into movement, sound, action–bodies moving through space, actors giving life to characters, stories unfolding in real time.  With SEVEN, the documentary play conceived by Carol K. Mack and written by seven female playwrights–Catherine Filloux, Gail Kriegel, Carol K. Mack, Ruth Margraff, Anna Deavere Smith, Susan Yankowitz, and me–the experience is almost always heartrending, no matter if the play is performed as a simple reading or as a straightforward living documentary with actors, projections, sound.  But sometimes, it goes beyond a very simple doc style–and is performed in high theatrical mode.  That’s what happened at Mira Costa College in San Diego.  The production, directed by Tracy Williams, involved 31 actors and a host of designers and tech people–all to create the worlds of the women celebrated in the play.  As a playwright, I know how much the words matter, but I have to confess, when there are also masks, movement, projections, pretty lights–this is when theatre gets to be really fun. 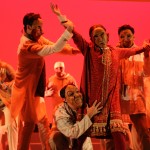 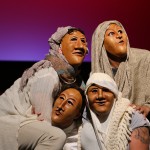 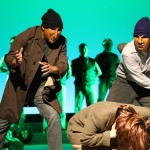 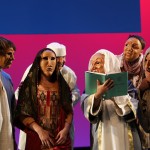 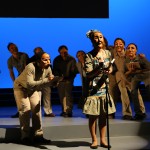 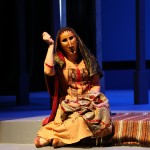 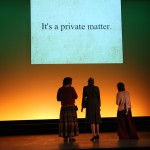 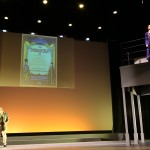 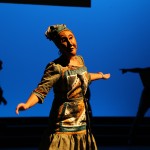