The Hotel Play – An Adventure in Site-Specific Immersive Theatre

What a strange journey it has been to get The Hotel Play on its feet–and what a five-ring circus it feels like every time the play is performed.  First, going back to the making of the play, just getting seven playwrights in the same room at the same time for planning sessions and workshops–well, that’s a near impossible challenge.  Then writing from a completely blank slate–still more challenges, worthy of a book-chapter-length discussion. 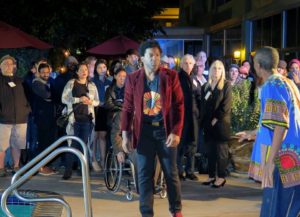 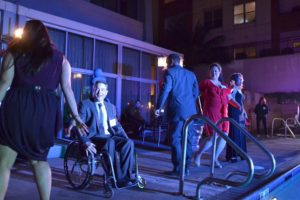 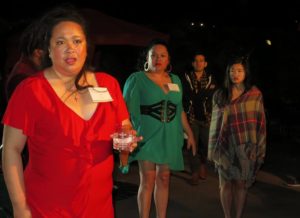 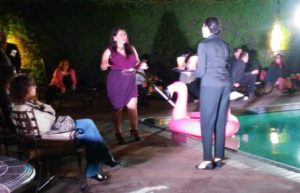 And then there is the rehearsal room with 15 actors, 4 associate directors, costumers, dramaturges.  But the experience for the audience?  Wild and wonderful, from what I can see.  First, you show up at a real hotel–the Radisson in downtown LA–and “check in” as a guest at the 25th High School Reunion for South Central High School.   You get a name tag–you can pick a male name, a female name, or a gender-neutral name–but no, you do not get to be yourself!  Then you can stop off at the photo booth and pose for funny pix with your  “high school classmates” from the past.  And then there is music, dancing–and the play begins.  You get ushered from one hotel room to another, and are inches away from the actors as they reveal their fears and expectations about seeing their friends again 25 years later.  Because this is not just any high school reunion.   These students would have graduated in 1992.  So the reunion today is 25 years after the civil uprising in Los Angeles.  1992.  The time when white police officers were acquitted for excessive force in the brutal beating  of Rodney King–which was captured on video.  1992, the year that a group of teenagers got sent out into the world and weren’t sure how to deal with all the unrest around them.  So that’s what we see unfold, in the individual hotel rooms, and then, in act 2, as they all come together on the pool patio.  And the audience is right there, mingling with actors, part of the story.   All the craziness it took to put this thing together.  Immersive, site-specific theatre–risky from the beginning, i.e., would it ever work?  And now it is sold out.   I think people are having fun, and I think people are being provoked into thinking about those days, all the way back in 1992, when we hoped we could answer yes to Rodney King’s question, “Can we all just get along?”  How have things changed?  That is the question. 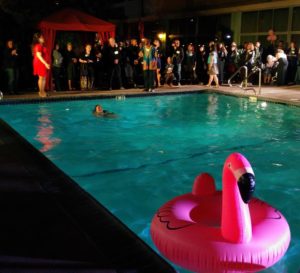 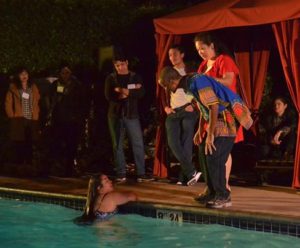 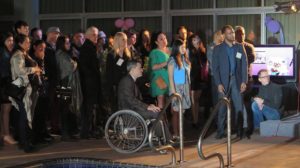 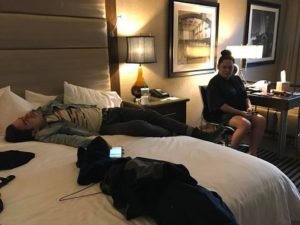 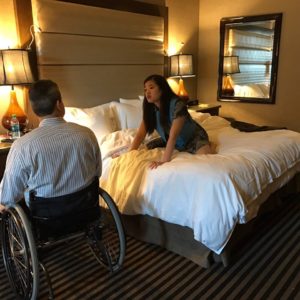 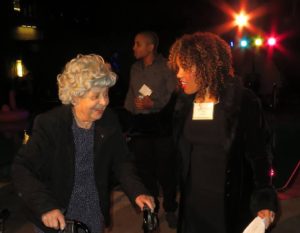