The timelessness of the plays of the Ancient Greeks is well-documented, but it still never ceases to amaze me that a play written 2500 years ago can continue to have resonance today.   Actually, some of the plays of Sophocles, Euripides, Aeschylus, Aristophanes may have even more resonance in times of political turbulence–like right now. 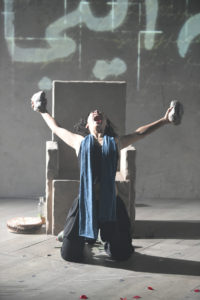 It wasn’t until I adapted Sophocles’ beloved text and turned it into ANTIGONE X that I realized just how much the classical plays dig deep into the heart of human nature and, of course, are cautionary tales for abuse of power.   My version of the play is set in a refugee camp outside the ruined city of Thebes–which could be anywhere.  And in this contemporary update, women play a larger role in the action.  Ismene is no longer forgotten;  Eurydice is no longer the silent queen; Tiresias is now a woman–cursed to be a woman, that is, for seven years.  And Antigone knows what it is like to lose love and to be tempted to escape.   The production at USC’s MFA Rep was beautiful and fierce–a heartfelt collaboration with director Anita Dashiell-Sparks and a diverse cast:  Mehrnaz Mohammadi, Julian Juaquin ,  Kristina Hanna, Ryan Alexander-Holmes, Selina Scott-Benin, Jim French, Charley Stern, and Courtney Lloyd, with amazing design, sound, and a fog machine. 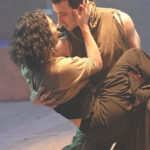 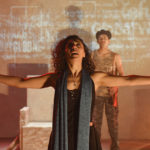 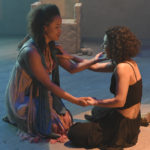 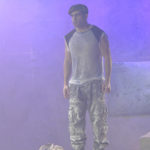 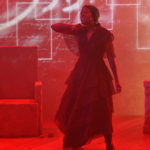 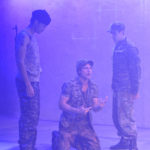 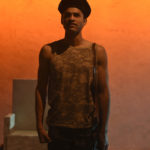 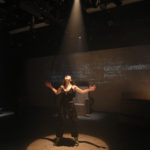 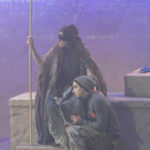 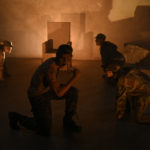 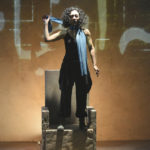 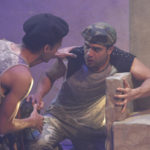 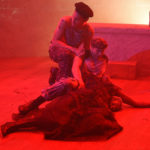 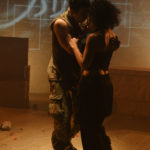